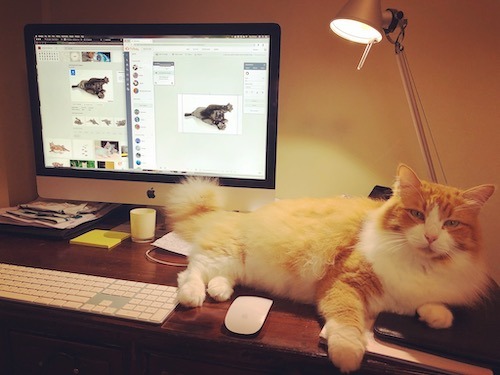 Well, I couldn’t finish 2019 without writing a crazy cat blog – so here I am!

The end of a year is a time for reflection for many people and this year, that definitely includes me. To be honest, I haven’t had my ideal year but, having said that, I definitely have had some wins.

Looking back to this time last year, I was on the receiving end of a lot of toxicity from other people. So much so, it was making physically ill. It was not an environment I wanted to be in, but at the time I felt I had no other choice. At that time, I was still in full-time employment whilst building my new business.

I started 2019 with some client work (yay) and continued to increase my networking. I was then made redundant from my full-time employment. That, to me, proved I had made the right decision in starting a business. And I’m definitely thankful that I did.

My redundancy highlighted who was and wasn’t supportive of me. I saw some support from some unexpected sources and also saw a lack of support from where I had expected it. It prompted the end of a long-term relationship.

Mid-2019 saw me as a finalist in the Local Business Awards which was a great confidence booster. The awards night was a great networking opportunity. Through this, I also discovered and joined a networking group I hadn’t heard of. This has been invaluable for networking, forming friendships and obtaining clients.

Later in 2019, I also became a finalist in the Business xCellence Awards.

Despite the lows I’ve had this year, I have learned some valuable lessons, including:

This year has been rollercoaster for me and not just emotionally. And there have been many times when I wanted to give up completely, where everything seemed too hard. But I’m glad I didn’t give up (I’m sure my cats are glad too!) I refuse to give up – it’s not that easy to get rid of me! Although I still feel like I’m in the woods, I will find a way through it.

I’ve had some pawsome feedback from my clients in 2019, and I aim to build on that in 2020. I also have some ideas for my business and I’m looking forward to exploring those further.

I wish you all the very best Christmas and I look forward to seeing you in 2020, in person or virtually!